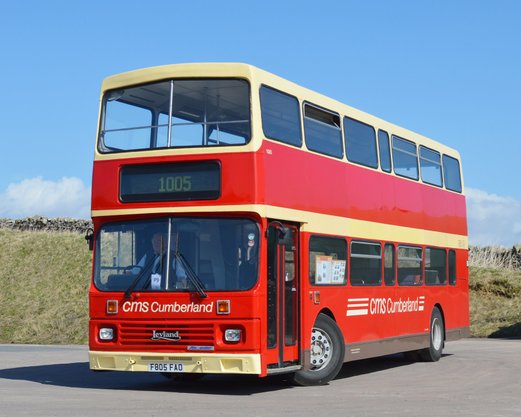 Leyland Olympian F805FAO was new in September 1988 to Stagecoach Cumberland. It was the third bus that Stagecoach bought for Carlisle and one of the first of its type in the country. Upon arrival, the double-decker bus was given the fleet number of 1005 and carried the iconic Stagecoach 'Stripes' livery.

1005 was part of a batch of nine vehicles of the same type which started life at Stagecoach Cumberland's Carlisle depot, where they were mainly purchased for use on the city network of services. The batch also saw predominant use outside of the city on longer urban routes such as service 79 between Carlisle and Annan and service 84 between Carlisle and Longtown. Throughout it's service life with Stagecoach, 1005 operated out of four depots, all of which were in Cumbria. 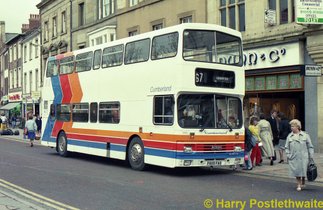 1005 pictured on Scotch Street in Carlisle soon after delivery in the late eightees. 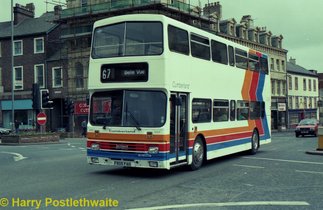 Seen heading past The Courts and Carlisle Railway Station, 1005 passes on a 67 service when new. 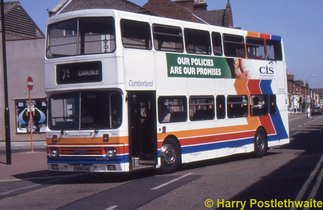 Arriving into Carlisle Bus Station, 1005 works a 79 from Annan when relatively new.

After use with Carlisle and later renumbered to 14245 under Stagecoach's modern group numbering system, 1005 moved to West Cumbria's Lillyhall depot for use on Whitehaven schools - it was joined by 1006-1008 at the time. In 1998, 1005 move to Barrow depot, joined by 1003, for use on service 6 between Barrow and Ulverston. While at Barrow, it also saw use on many of the contracted services that the depot operated on behalf of schools and the council. By 2008, most of the batch were working out of Barrow.

It's final depot to work out of with Stagecoach was Kendal depot, where it was normally found on Dallam School work - with Stagecoach taking advantage of the vehicle's high capacity 87 seats. Away from schools and now well into its senior years, 1005 was often found on other work around The Lakes including service 555 between Lancaster, Kendal and Keswick.

In early May 2010, the vehicle was painted into a heritage cms Cumberland livery, in time for the annual Stagecoach North West Open Day which took place at Carlisle depot. Sadly soon after this the engine became defective which resulted in 1005 spending the summer of 2010 out of use at Kendal depot, until a replacement engine could be fitted. The replacement engine arrived from Barrow based Leyland Olympian J126XHH which as been written off earlier in the year. Once the engine had been replaced, 1005 re-entered service at Kendal depot where it continued to mainly operate school contracts.

As it was painted into cms Cumberland livery, it appeared at the Stagecoach North West Open Day in 2012 at West Cumbria's Lillyhall depot. 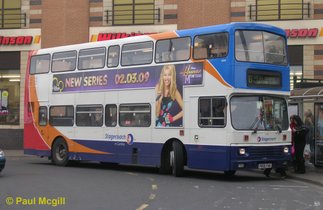 14245 on Duke Street in Barrow working the 6B. The 6s became a regular turn for the Leylands at Barrow. 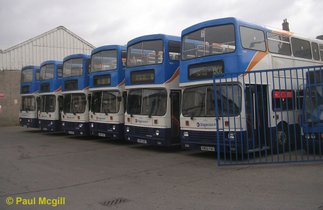 Dallam School contracts in 2010 resulted in many Leylands being allocated to Kendal, including 14245. 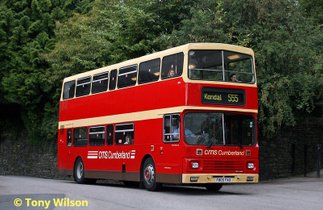 Additionally, 2012 saw Stagecoach win a large transport contract to deliver athlete and media transport for the London 2012 Olympic and Paralympic Games, which resulted in many modern Stagecoach vehicles up and down the country being temporarily loaned for the occasion. With this, 1005 held onto service-life through 2012 where it spent the high summer operating extra journeys on service 555. Other Leyland Olympians in service at Kendal at this point were 14248, 14252, 14253, 14256, 14259 and 14267. 14248 was of course part of the same batch as our vehicle when it was new to Carlisle.

Sadly on 20th September 2012 it received minor accident damage while in service with Kendal depot, and with the return of Olympic-loaned vehicles, it resulted in its final withdrawal from service. The vehicle was subsequently transferred up to Carlisle depot for storage, ironically where it all started twenty-four years previously. The Olympian sat at Carlisle pending disposal from the group.

Throughout September, October and November the newly formed Carlisle Bus group negotiated with Stagecoach to purchase 1005, and finally in December got the green light and received the paperwork which passed the ownership of 1005 to Carlisle Bus for preservation. 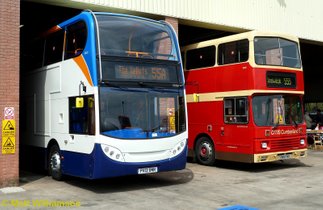 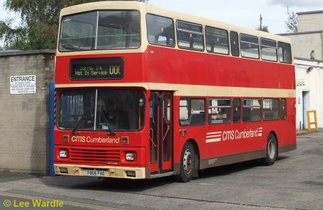 14245 leaves Kendal depot for the last time in 2012, as it heads to Carlisle for storage and disposal. 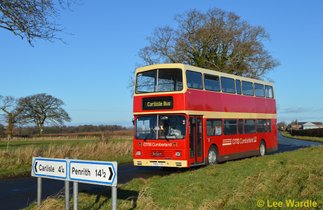 In the winter sun, 1005 under Carlisle Bus ownership is pictured at Stoneraise. 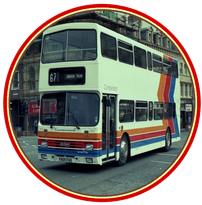 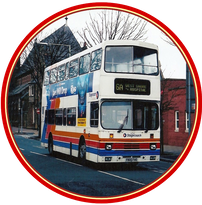 Transfered to Barrow for the 6/6A services, as well as schools - now with Stagecoach logos 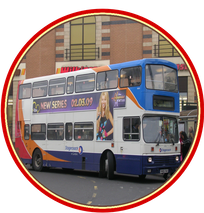 Nearly 15 years with Barrow, during its time painted into swoops and renumbered 14245 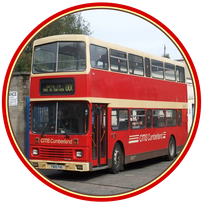 Withdrawn from service and placed onto disposals, taken to Carlisle for storage 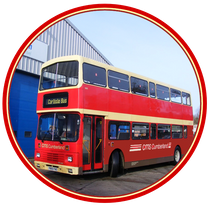 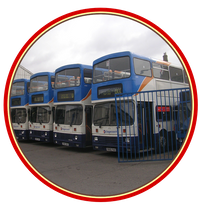 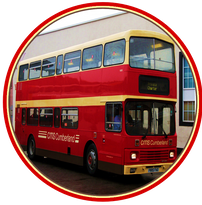 PHOTOS FROM FRIENDS OF CARLISLE BUS

As an iconic bus type of its generation, 1005 served the people of Cumbria for nearly a quarter of a century. From the urban streets of Carlisle and Barrow, to the rural areas of Kendal and The Lakes, 1005 has carried thousands of passengers over its years. Below are photos taken by some of our Carlisle Bus friends of 1005 during its time as a public service vehicle and on the rally scene in preservation, we thank them for their contributions.

To view photographs of 1005 during its restoration stages, visit the Restoration page.